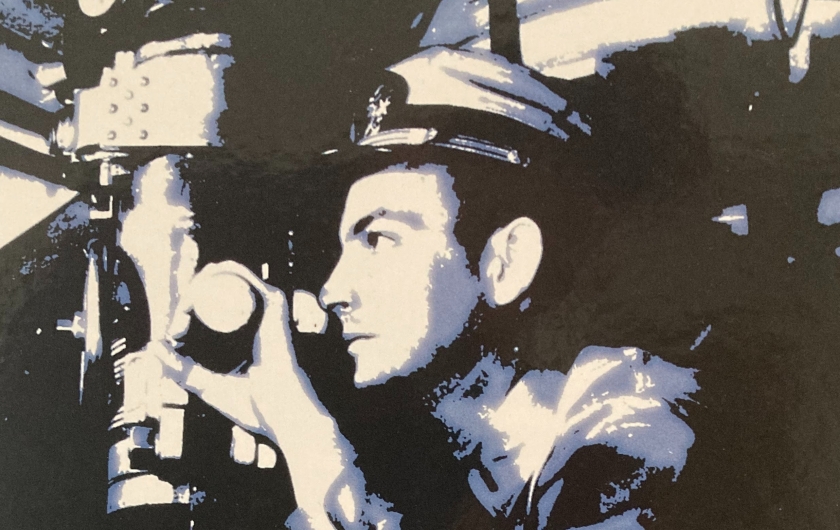 We’ve been here in Australia for several weeks and already the troubles have started. Several incidents of crew members drinking and fighting in local pubs have resulted in a crackdown in discipline. My executive officer, James Wolton, has been tasked with keeping our men in line and making them more gracious guests.

As refitting was nearly completion, Wolton and I were called up to headquarters for a new patrol assignment. We were to travel into the heart of enemy territory and patrol the waters of Indochina. This would take us deep into the Pacific, with little possibility of help should we run into major trouble.

The Beluga’s armament consisted of twenty more Mk. 14 torpedoes- I hoped this batch would be more effective this round out on the sea. We left the harbor under a warm midday sun, the men not eager to leave shore just yet.

A week of ocean and nothing of note. Several local trawlers and possible sightings of way off aircraft but nothing concrete.

Two weeks in, a convoy. Early morning, we submerged and sighted our targets. Two large freighters, the Santos Maru (7300 tons) and Yodogawa Maru (6400 tons), with one small freighter, the Ryokai Maru (4700 tons.)

Not trusting the effectiveness of our torpedoes and wanting to guarantee at least one target would go down, I ordered all four forward torpedoes to target the largest ship, the Santos Maru. Firing at medium range, I stared through the periscope and listened for contact. Three hit but only two exploded. A geyser of water rose into the air, the ship slowed but remained afloat.

A Japanese destroyer lazily looped around; no doubt manned by a green crew. I maintained direction and depth. Somehow, they found us and dropped a line of depth charges. The hull shook. No hull damage but there were reports the SD radar was damaged- we would confirm when we surfaced.

The destroyer came back around, we held our depth but maneuvered to evade. We pulled off to the right while the escort steamed ahead. The charges missed and detonated safely in the distance.

I ordered us below test depth to finally shake the more than capable escort. The hull groaned under the growing pressure but held. The Belgua banked to the left, straight into the line of dropped charges. One after another they exploded, shaking the hull, no doubt ravaging a deck gun.

Except for a few minor leaks, we went mostly unscathed. We maintained our depth, straining the hull further. But the escort moved away and soon lost contact with us.

Under the cover of night, we surfaced and attempted repairs. The six incher was trashed and the SD radar was beyond repair.

“Good thing there isn’t much enemy air cover out here,” Wolton said to us. My executive officer was grateful we’d hadn’t been harder hit and asked if we should press on.

The listing Santos Maru was still grouped with the others and under escort. It was time for another go.

No moon, just the dim fire from the wounded ship. Submerged, I ordered four forward torpedoes to be fired at the target.

Two connected but only one went off. It was enough. The Santos Maru took the plunge and soon her burning hull was swallowed by the dark waters.  Withdrawing the periscope, we slipped away from the searching escort. Another ship to our tally.

Days later, tragedy struck. Without the SD radar to warn us, a single Mavi floatplane got the jump on us and strafed the conning tower. Wolton, my trusted XO, was hit in the neck and killed. He bled out and died right there on the tower.

The Mavi circled around and inflicted minimal damage on the hull. We pulled his body down and crash dove.

When the threat passed, the following day we held a small service and buried him at sea. Our first casualty. Certainly not our last.

A week later, early in the afternoon, we spotted two small freighters under escort, Tagonaura Maru (3500 tons) and Misaki Maru (4400 tons). Targeting the latter, four torpedoes were lined up and fired. Two hits and two denotations! Enough to bring her down.

The single escort reacted swiftly, bearing down on our position. We successfully evaded by bearing left as the destroyer pushed straight on but the run above us damaged the anti-aircraft gun.

Diving deep, we slipped away. We let the surviving ship go, surfaced, and failed to fix the AA gun. Three inoperable systems and minor hull damage.

We sailed on, leaving the coast of the mainland, and discovered nothing of note on our way back to Brisbane.

The death of our XO cast a pall over the remainder of the journey, but the news of our stunning victory at Midway buoyed us as we returned to port. It helped take the bitter taste of death from our palate.

Somehow, in the transfer to Brisbane we missed our battle accommodations. After two successful patrols, we have two battle stars. When we come back from our next patrol, we’ll be in the running for more. After all we’ve been through, the Beluga won’t be ready until September.

Enough time to rest and find a suitable replacement for Wolton. He will be missed.